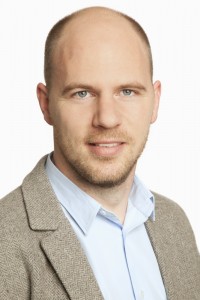 MediaCom MENA has appointed Daniel Vaczi as head of its digital team. Vaczi joins MediaCom from MEC London. He came on board on 12 October.

He replaces Dan Chapman, who has moved back to head MediaCom UK’s digital team of over 400. The agency announced Chapman’s move on 10 September.

Prior to MEC, Vaczi worked with Threepipe, a digital marketing and PR agency in London, as associate director of digital.

On the move, Vaczi said, “The region’s growth is staggering and has huge potential and lots of opportunities which is very exciting.”

Nick Barron, CEO, MediaCom MENA, said, “Dan will be a great addition to the team here and will lead us to the next level of development of our digital offering. He brings a wealth of experience and a great track record.”
Tags:Dan ChapmanDaniel VacziMEC Londonmedia agencyMediaComMediaCom MENAMediaCom UKNick Barron