Luca Allam is head of digital for PHD UAE

“A recent discussion at the second GamesFest event in Dubai sparked the question whether we are actually making the most of the gaming platform here in the Middle East. Gaming makes perfect sense as a social marketing device, and as a reach driver, but why haven’t we seen more of its practice here in the region?

The stats really do speak for themselves.The online gaming penetration rate in MENA (28 per cent) is actually higher than the global average (25 per cent); Egypt and KSA have both been seeing 50 per cent growth each year for the last three years. Travian, one of the most played games online, has a global audience of approximately five million, with approximately 27 per cent coming from KSA alone. The uptake of games in Arabic is much higher among Arab audiences than ones in English, according to Gatcha (Massive Media group). Investing in localised Arab games, would reach out to new audiences and help to propel the engagement levels and intensity of the regional gaming community.

Many of the games being played are interestingly more targeted to female audiences, reinforcing the theory that it’s actually housewives in the Middle East, and not 18-45 males, that are the key gaming demographic. Yalla Games Café also specifically targets women living in Saudi Arabia.

What about the social element? In terms of reach, Zynga have created three of the top five programs in the US today; FarmVille CityVille and Mafia Wars, all widely accessed through Facebook and other social sites. Fifty per cent of all people logging onto Facebook are deliberately there to be playing games.

The same methodologies and benefits of social media apply to this market. Gaming’s core strength is engagement, helping to develop loyalty programmes, as well as promoting education, and any other customer activity that can be rewarded and reinforced with virtual goods, points, badges and rankings.

In the Middle East, using massively multiplayer online games, targeted to the middle-age segment, may be one way to accelerate the growth of online gaming in what is a very crucial demographic. Gaming has become the mass-market medium of our time, able to reach audiences equal to and beyond that of traditional media, especially in certain target segments. Despite high penetration levels and engagement, as marketers we need to do more with the local gaming community. The MENA gaming market is valued at approx $100m. Compared with other markets, it’s fair to say that we in the Middle East are still beginners.” 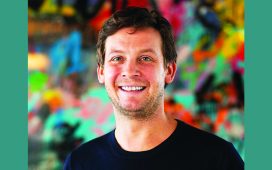 Once upon a time in Ramadan, by PHD’s Daniel Shepherd

Digital transformation: The 5 steps to success – by Nader Bitar