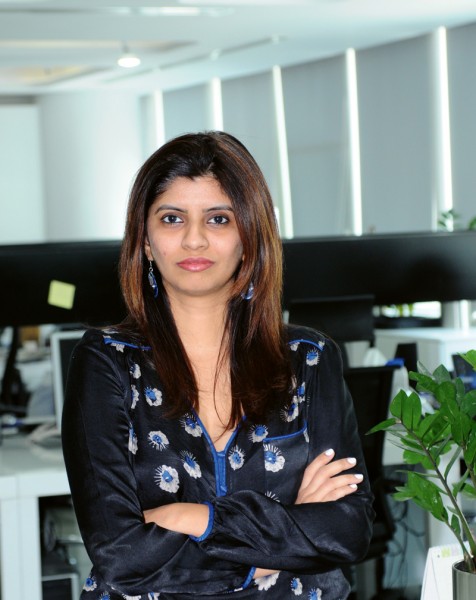 Intelligent technology is changing the face of digital advertising, and artificial intelligence (AI) is leading the way. While plenty of information regarding intelligent technology exists, very few programs are actually able to build insights. AI bridges this gap with continuous automated learning. AI is an algorithm that reviews huge amounts of complex data and patterns in the connected space to build actionable insights. The beauty of AI is it enables machines to build campaign-able solutions that require skills, judgement and logic. It allows human planners to channel their energies to build more disruptive and customised creative solutions for brands.

Brands will use AI bots to create content for ads, build audio suggestions based on intuitive logic or serve ads for a dream holiday based on deep machine learning. Deep machine learning will change the way we think about effective- ness. Deep learning will build complex actionable triggers based on the customer’s purchase behaviour. It converts complex data into personalised and relevant ads for the customers.

Imagine the customer has just bought a car and paid its insurance with a credit card. Deep learning will review and analyse all aspects of purchase – type of car, value of the car, add-ons on the car. AI will then look for products that will complement this purchase like auto loan, tinting, service package, Salik and other requirements. It will then build customised pieces of content to drive sales of these products. Furthermore, it may suggest completely new add-ons like new customised wheels/interiors that the user is not actively searching for but had liked on his friends’ social posts. The tool is intuitive and opens up new horizons of triggers and customised content and suggestions that are beyond the realm of solutions currently offered by programmatic desks today. First movers like Salesforce Einstein, IBM Watson and Abode Sensei are offering millions of predictions a day that can help clients build customised offers for their potential customers.

The challenges to implementing AI are investments in tech and data plus highly trained human capital. AI needs heavy investments in agile computing, robust data-mining software, access to clean and unbiased data and talent that can program and work with such sophis- ticated technology. Trained talent is a key to success, since AI algorithms are programmed by human programmers and analysts. They define the logic and data points that build “insights” and define the machine “learning” parameters. The effectiveness of AI will depend on their skill set and the quality of data that feeds the AI. In data-deficient markets, AI would be powered by inconsistent data sets and may deliver flawed solutions. Multiple languages and written expressions create another level of complexity. This is clearly evident in the social listening tools currently used, where certain comments could be construed as negative or positive based on the tools’ logic.

Self-learning AI is the next frontier. AI currently depends on learning from large amounts of data provided to the tool. The bigger the data provided, the better the solution. This new AI will teach itself without much dependency on the supplied data. Intel has announced a neuromorphic artificial intelligence test chip named Loihi, which is aimed at mimicking brain functions by learning from data gained from its environment. In addition, Google has announced a big push into artificial intelligence, unveiling a new approach to machine learning where neural networks are used to build better neural networks – essentially conditioning AI to teach itself. The AutoML project, which was announced in May 2017, focuses on deep learning, a technique that involves passing data through layers of neural networks

Google and Deepmind have already tasted success in self-learning AI. Google‘s AutoML has beaten the human AI engineers by building machine-learning software that is more powerful than human- designed systems. AutoML was developed as a solution to compensate for the lack of top-notch talent available in AI programming. To meet the demand for experts, Google developed AutoML to create a self-learning code. In a way, it would clone itself. AutoML achieved 82 per cent accuracy on a photographic test, which is amazing considering it self-taught. The AI was also asked to identify the placement of objects within a few photographs. The code that AutoML wrote managed to score 43 per cent, while the best human-built program scored 39 per cent.

This opens new doors of application where AI is capable of improving its own codebase and algorithms independently without third-party intervention. AutoML can be trained and evaluated for quality on particular tasks. AutoML can run thousands of simulations to make appropriate changes, generate new architectures, and give recurring feedback.

At Deepmind the researchers have tested the newest version of its Go-playing algorithm, called AlphaGo Zero. This version taught itself how to play the ancient board game Go. According to the researchers, AlphaGo Zero has achieved astonishing performance. It won 100–0 against its champion predecessor AlphaGo with just 72 hours of practice. Just last year, AlphaGo beat the world’s best human player, trained on AI that machine learned from a database of 100,000 Go games. Deepmind technology is just not just about gaming. Google has already used the company’s algorithms to cut its data-centre cooling bills.

Self-learning AI is set to create a new paradigm for users to consume content, and for advertisers to communicate with them.