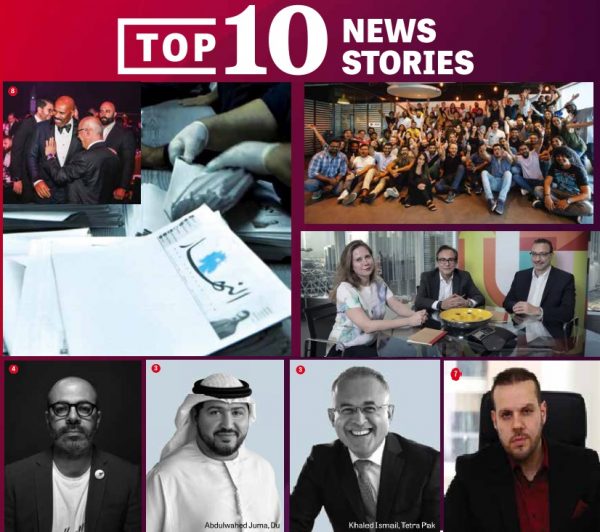 2. In April, Accenture bought Droga5. The New York-based agency will become part of Accenture Interactive in a bid to boost its capabilities as an experience agency able to design, build and run customer experiences that grow brands and businesses.  More news here.

3. In October, Campaign Middle East announced the Game Changers 2019. Eight marketers were selected in the ﬁrst edition of an annual list that will recognise and celebrate those client-side marketing leaders whose actions and insights have made the greatest impact on their brands, their industries and the region’s marketing community. More news here.

4. Fadi Yaish, previously executive creative director of Impact BBDO, launched his own agency, And Us, in March. “I want the client to think of us as an extension of their marketing department,” said Yaish at the time. More news here.

5. In September Hug Digital announced that it would become AKQA at the start of 2020. After two years of working with Grey Group, the realignment within WPP will bring the AKQA brand to the region for the ﬁrst time. More news here.

6. Loretta Ahmed, CEO of Grayling Dubai, bought the PR agency from its parent company, Huntsworth, in September. “It’s a great way to leave the group – to be able to take the team and business with me but to stay connected as a global aﬃliate really oﬀers the best of both worlds,” said Ahmed.  More news here.

7. This year also saw the launch of Gambit, a PR and social agency run by Jamal Al Mawed, who was
previously director of communications at Dubai Properties. More news here.

9. TBWA/Raad announced a joint venture with Egypt’s AB Group in February. The partnership gives the creative agency a presence in Egypt and the opportunity to expand in the wider North Africa region. 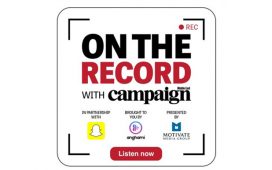 Listen now! Campaign’s ‘On The Record’ Podcast – AR, engagement and opportunity: The growth of Saudi