Calm down, dear, it’s only a bad ad

“I’ve seen bad ads in my life – God knows I’ve made a few myself – but the one I watched recently was in a league of its own. In fact, it sits on top of the intergalactic premier league of poor advertising. And it wasn’t bad, no. It was beyond bad. It gave bad advertisments a bad name. It made bad ads look like cuddly things you’d want to hug and apologise to for all the horrible things you’ve said about them. It was a commercial that combined poor writing, bad direction, inept casting and nauseatingly awful dialogue, whilst managing to be both offensive and pretentious at the same time. Otherwise, it was fine.

Still, there will come a day when even this Olympian of poor taste will be relegated to the rank of runner-up to something even more barf-inducing… And, yes, the world will still keep on turning. You see, there is plenty of rubbish out there and, like baby strollers in a public park, we all have to negotiate a path around such stinking turds without complaining about dogs.

Sadly, there are people with too much time and too few neurons, who feel they have a duty to, well, complain. They are the equivalent of the boy at school who reports you because you smoked in the toilets. For these self-appointed guardians of morality, complaining about what they regard as offensive advertising is an obsession. They militate and enlist as many of their like-minded idle friends they can because, in their blinkered minds, objectionable advertising can threaten society and the very  moral fabric of the nation and, as such, should be banned.

I have one thing to tell these guys: I might hate these ads as much as you do. I might want to see their writers stripped naked and made to run in downtown Kabul with a large tattoo that says “the Taliban sucks,” yes. But that’s all. While the best of our work can be a force for good and a persuasive one at that, I like to think that our audiences are intelligent enough to watch an objectionable ad and, quite simply, dismiss it as just a bad idea. Because that’s exactly what it is.” 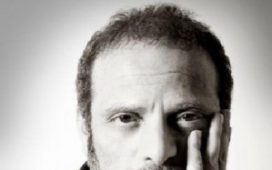