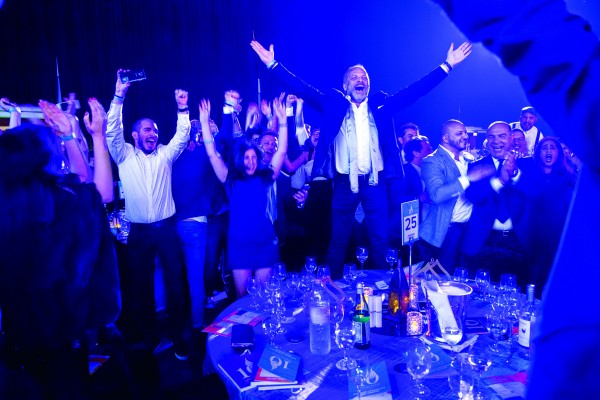 With more work, more delegates and more people attending the Dubai Lynx gala dinner than ever before, was this a vintage year for the region’s adland?

And so for the first time since the Dubai Lynx was born Impact BBDO Dubai has been named agency of the year. The fact that the achievement comes in the same year it topped the United Arab Emirates rankings in The Gunn Report will only add to the agency’s sense of achievement.

For others, however, there is disappointment, especially at Leo Burnett. In the course of 12 months it has gone from being crowned both agency and network of the year to not even making the top three in either rankings, despite winning a clutch of golds and two grands prix. Others, meanwhile, have simply disappeared altogether.

J.Walter Thompson, however, capitalised on the successes of its Cairo and Beirut offices to be named network of the year, while Memac Ogilvy bounced back from a poor previous year

to reassert its creative pedigree. With five out of the 12 grands prix awarded, J.Walter Thompson is no doubt enjoying it’s moment in the sun. As is Impact BBDO Dubai, which picked up 30 of the BBDO network’s 47 awards.

“Winning agency of the year is a huge recognition by our peers and I was touched that the first congratulations came from our direct competitors,” says Dani Richa, chairman and chief executive of BBDO Middle East, Africa and Pakistan. “This is just a reflection of the respect that we have for each other and for each other’s achievements in putting Dubai and the region on the world creative map.

“I am pleased to see Impact BBDO winning across categories and across markets and I am especially happy to see our offices in Pakistan and Tunisia winning grands prix. Again this is testimony to our creative agencies being ahead of the curve when it comes to new channels. It is great to see us excelling in categories such as promo and activation, public relations, media, interactive, mobile, integrated and design. Also winning in effectiveness proved once more that best work works best.”

For Ramsey Naja, chief creative officer at J. Walter Thompson Middle East and Africa, his network’s successes were the result of team spirit. “Great talent, hard work, dedication and passion will always be rewarded,” he says. “But the magic ingredient, the one thing that can produce a performance of this magnitude, is the spirit that runs through this network, binds it and makes hundreds of people work together happily as one.”

But what of the awards as a whole? What of Good People, which won the Lynx Palm; what of UM MENA, crowned media agency of the year primarily on the back of creative agency successes (see page 27); and of Cairo’s King Tut’s Playground Cairo, named independent agency of the year? What too of Memac Ogilvy, whose Qatar office ran off with the print grand prix?

“How we won is as important to us as winning,” says Paul Shearer, chief creative officer at Memac Ogilvy MENA. “These were great pieces of work for which clients gladly paid. That makes it sustainable. This is the only type of work that can and should be winning awards.

“The agency’s philosophy has always been to produce award-winning work for our clients. Both in creative and effectiveness. When we don’t do this we know we let ourselves down. I will be working to make sure we do not do this. This year’s Lynx was a great day for this thinking. For us Ikea, Qatar Islamic Bank and Coca-Cola led the way. All winning the top awards. What was also very encouraging was our clients that won bronze and silver now want gold.

“On a personal note, there was fewer of what I would call ‘suspect pieces of work winning’. And the organisers worked tirelessly to try and make this happen. But I still saw work that was made for awards. We must stamp this out completely if the region is to be credible.

“On a positive note. Film craft is improving, print craft is world class and for once radio is okay. The jury had two powerful women leading the way. This in itself was refreshing.”

“I sensed less tension about awards this year in most people (or at least that is my wish),” adds Mounir Harfouche, chief executive for the Middle East and North Africa at MullenLowe. “I think most agencies realised that it is important to win but it is not the end of the world if they don’t win big or win the most as this is relative to the size of your network, affordability, business situation and client portfolio.

What is important is how we are contributing to raising the bar, be it with 100 entries or just one, be it with 20 awards or just one. What made me happy is to see some new players, agencies that are not expected to win, walking out proudly with their awards.

“Overall, all good. I am positive about our industry – the standard, who we are and what we are achieving. My only serious problem was the quality of the wine we were served during the gala dinner.”