Predictions2020: The Year Ahead for Creativity 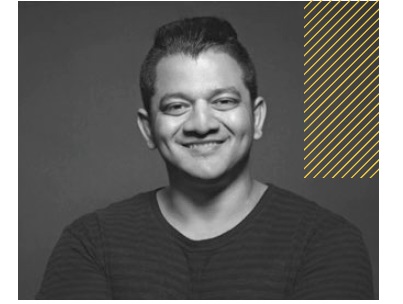 I’ve just finished watching Season 1 of The Messiah on Netflix, while on holiday. Albeit flawed in parts, it was a pretty fascinating watch and sets things up beautifully for Season 2. Now, like that character, I’m not prophetic, and nor do I consider myself gifted enough to predict things about the future. But I  do have a few wishes for creativity in 2020 and beyond.

1. “Creativity” will continue to matter
There’s a lot of chatter about the demise of communications agencies. But no one talks about the demise of creativity. The World Economic Forum, in its Future of Jobs report, stated that creativity was the number-three skill needed by people in 2020 (right after complex problem solving and critical thinking). So, clearly, creativity is going to matter as an individual skill. On an industry level, a recent report by Nielsen showed that 47 per cent of sales contribution comes from the ‘creativity’ of the marketing.

2. Creativity and data will make a lot of babies
“Data kills creativity”. “Creativity without data is ineffective”. We’ve all heard that. Why do both have to get pitted against each other? Why can’t they get along?

In a new data economy, as people are open to sharing their data for something meaningful in return, there will be innumerable opportunities for us to humanise data through a confluence of meaning and analysis. Spotify has done it beautifully for years. Uber has done it in the Middle East too.

3. We will learn more from others
Looking within our industry makes us myopic and limited. But the truth is, somebody somewhere has already solved our problem. To do better, we have to look beyond; there are beautiful alternatives out there, just waiting for our context.

There’s so much to learn from superheroes, from children’s story books, from Disney, from nature through biomimicry, from religion, from the music industry, from hollywood, from creative hackers in South Asia, from sports, and from many more industries outside of our own. There’s so much to learn from them about not just creativity but also processes and people management. So, in 2020, I’d definitely hope to see more cross-industry-inspired idea fertilisation, as we look not just outside the box, but outside the industry.

4. There’ll be a shift in focus from purpose to belief
In a time when governments and world leaders are falling short, brands don’t just need to, but they can and must give people belief. 84 per cent of people in the Middle East (compared with 77 per cent globally) believe that global brands have a greater ability to create positive belief than governments  do.

In 2020 and beyond, I’d love to see long-term belief infrastructures being built instead of short-term channel plans; brands investing in building belief will help set them up for long-term success, ending an era of short-termism this region has been stuck in for quite a while.

5. The power of many
Agencies will be under more pressure to produce creative work that’s cost-effective and at a speed-to-market like never before, along with the pressure from in-house agencies, pure-plays and consultancies. More clients will demand more skillsets, more flexibility, more efficiency and more performance.

So, in response, we will start seeing agency groups get more active connecting their different agencies. We will see clients being offered bespoke communication solutions through linking and integrating the best resources from across groups, in a discipline-neutral manner. It works for the Avengers. It worked for Frodo and gang.

The good news and the opportunity is that because of that influence awards have on our industry, we can channel our creative talents positively; the categories can get more relevant to where we need to head to as an industry. The categories and a rejig of them can set the tone for the awards festivals of the future and the industry of the future. Reduce the ones irrelevant to our time. Make them more forward-thinking. Push us to be uncomfortable and nervous. Creative use of data was a great introduction at Cannes, as was Entertainment Lions. And I’m happy to see Dubai Lynx introducing a couple of very cool new categories that aren’t the typical ones we use to glorify ourselves and that people in the real world don’t care about.