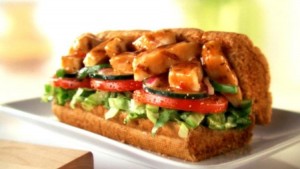 Magna Global has won the account for Subway in Saudi Arabia.

The sandwich chain, franchised in the kingdom by Shamel Food Company, made the appointment only six months after Magna opened its Riyadh office.

Magna is part of Interpublic Group of Companies, and a subsidiary of Middle East Communications Network in the region.

Subway is a global client of Magna, but in Saudi Arabia it had been with Group M’s Mediacom for six years. Campaign understands there was no official pitch for the business.

He added: “Subway restaurants in Saudi Arabia have the best performance in the world in terms of average weekly sales units, thanks to God and the ongoing efforts of the Subway team members across the kingdom.

“We are confident that this strategic partnership with Magna will play a significant role in terms of media and marketing
support, to maintain this prestigious position.”

Lara Arbid, Magna’s deputy general manager in Saudi Arabia, said: “Six months after we opened our offices in Riyadh, Magna has succeeded to win the confidence of one of the best fast food restaurant chains in the kingdom and we are very proud of this achievement.”