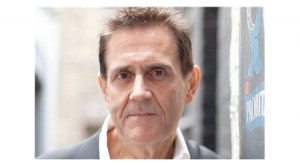 How would you make five dollars grow in three days?

Dr. Tina Seelig is a professor at Stanford University.

David Williams pointed me to an article about her in Psychology Today.

Her course is on ‘Creativity, Innovation, and Entrepreneurship’.

She gave her class a project as follows:

Each of the fourteen teams was given five dollars.

Who could make that money grow the most?

The teams had from Wednesday to Sunday, then on Monday they had three minutes to make a presentation to the class.

Dr Seelig asks the question “If you were given five dollars and three days, what would you do to grow it?”

Most people answer ‘Online gambling’ or ‘Buy a lottery ticket’.

She says the problem with this is it’s high risk with hardly any chance of a return.

She doesn’t consider these people entrepreneurs.

The second thing people say is to start washing cars.

She says this is safe, but will deliver a minimum return.

She doesn’t consider these people entrepreneurs either.

Neither of these groups are looking at the problem creatively.

Instead, they’re concentrating on the restrictions: only five dollars and only three days.

The entrepreneurs in the group were the ones who concentrated on the opportunity.

What was it that people locally really needed?

One group spotted that, in a college town, it was really difficult booking restaurants.

The real drag was having to queue for ages on a Saturday night.

So that group phoned the restaurants on Wednesday morning and made bookings for Saturday night.

Then they went along the queues at the various restaurants, selling their bookings to the highest bidders.

That group made two hundred dollars.

Another group noticed that students were too lazy to keep their bike tyres pumped up.

So they set up a stand outside the student union and offered to pump them up for a dollar.

They realised that, to students, laziness is worth more than a dollar.

And they were right.

That group made over a hundred dollars.

Both groups opened the problem up beyond only three days and only five dollars.

But the winning team were by far the most creative.

They stood back from the problem and looked at what they had to sell.

And decided the most valuable thing they had to sell was three minutes of the attention of the most entrepreneurial students at Stanford University.

Now who would want to buy that?

And they approached the companies that were trying to recruit exactly that kind of students.

And they sold that time slot to the highest bidder.

Those students made six hundred and fifty dollars, without even touching their original five dollars.

And, as Dr. Seelig says, you couldn’t see that answer from the original question.

You have to stand really far back, move beyond the standard responses, the traditional assumptions, and stop framing the problem so tightly.

To be an entrepreneur you have to be creative.

You have to question the question.