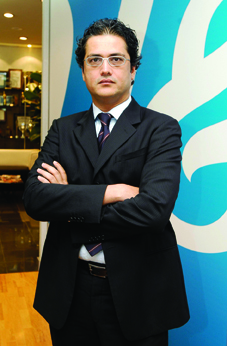 Adil Khan has quit his position at Menacom and taken on the role of regional CEO for the Middle East and North Africa at Saatchi & Saatchi.

Khan, who was managing director of Y&R Dubai until March, was recently promoted to the position of CEO for strategy and development across Y&R, Intermarkets and The Classic Partnership following a reshuffle of senior management at the Menacom group.

Now he is set to join Saatchi & Saatchi on 15 June, taking on the regional CEO position that has been vacant since Elias Ashkar ‘resigned’ from the role in January following a year of upheaval at the agency.

It is understood that Khan will spearhead the agency’s regional growth, including the creation of new, wholly-owned Saatchi & Saatchi offices across the region following the ending of the agency’s 18-year association with Quantum Holding, its partner in what were formerly its Beirut and Amman offices.

Simon Francis, Saatchi’s CEO for Europe, the Middle East and North Africa, said: “Adil has the spirit, energy, expertise and determination that fit perfectly with Saatchi & Saatchi’s belief that ‘Nothing is Impossible’. We are delighted that Adil has come on board to lead the MENA region through what will be an exciting time of growth allayed to our continuing culture of creative excellence in this most dynamic of regions.”

Khan joins a managerial team that includes Lineveldt, regional CFO Kristine Varma, and Ben Roberts, regional human interests director. The group will push ahead with the MENA network’s strategy from its base in Dubai.

Khan had been at Y&R in Dubai for 11 years, having joined the agency from Bates Madco in 1999. He has previously worked for JWT and Lintas India.