Anglo-Indian Bollywood star Katrina Kaif has signed a deal to become Etihad Airways’ latest brand ambassador. The UAE’s national carrier will work with Kaif on a series of initiatives to promote the airline across India and around the world, including Indian communities in Etihad’s key markets such as the UAE, the US and the UK. This film of Kaif dancing in the airline’s first-class lounge in Abu Dhabi was shot by Indian director and choreographer Farah Khan. 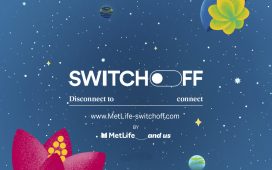