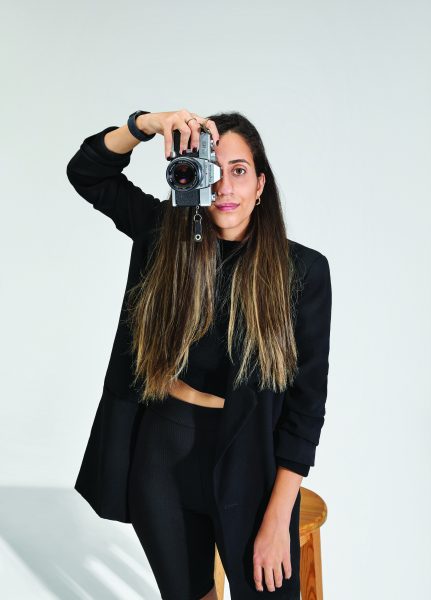 In the (eight months) that Maha, a filmmaker and producer, has been a content creator at TikTok, she has developed and directed a slew of campaigns that creatively and strategically elevated branded content on the platform. No idea is ever too crazy for Maha, and she always brings fresh insights and executions to the table through her endless social media interactions and tech-savviness. Not to mention her great sense of humour that makes working with her quite fun. Sometimes.

It’s my pleasure to be part of her creative growth journey and I’m sure it’s only a matter of time before you see her next big film or idea taking the stage.

Maha Moussa is an aspiring filmmaker based in Dubai. She has worked in social media agencies before moving to Tiktok as a producer.

Maha’s films were screened in various film festivals around the world, and have won multiple awards including the Beirut Women International Film Festival, Impact Doc Awards and the Original Narrative.

Her film Soulala focused on a Syrian dancer, won the best documentary in the Mentor Arabia competition. Including her artwork Sukoun, nominated at the Sheikha Manal Arab Young Artist Award. She also has represented the UAE as an editor in an Interaction Film Camp based in Serbia.

Everyone has a story to tell, from a taxi driver telling me about his life back home or a random woman sitting next to me on a plane. My inspiration comes from listening to other peoples stories and understanding the in-depth realms of their societies.

How has Covid-19 changed your job?

Covid made me realize that planning every step in my career can sometimes be disrupted by an external force, which can’t be controlled.

Adapting to change, is vital to excelling. I have changed my focus to planning less and understand unexpected situations, to progress more creatively with the content I produce.

My side hustle is all about collaborations, I took part as a host for the podcast Aktashif with Canon, which focuses on discovering your passion. I also started, a live session series called Maha Talks on Instagram, interviewing filmmakers and now, taking part in a writers lab with MBRSC developing a TV series.

Go back to the main article.